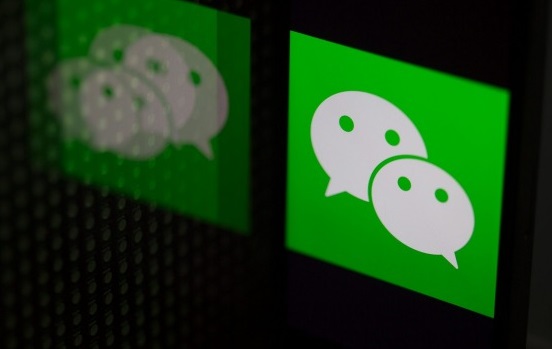 Imagine flicking through properties on your phone. Let's say you're laid back in your Eames chair, surrounded by your Qing Dynasty porcelain, sipping your Five Star Maotai and indulging in a bout of WeChat surfing.

Apologies for the clumsily painted vision of a Chinese multi-millionaire looking to buy property in Australia, but it sure is fun to imagine.

At the other end of your WeChat thread is someone strolling around your targeted Point Piper mansion. They've posted a video of the not-unimpressive view of Sydney harbour and are attaching a list of the neighbours.

After a few back and forth, you've been shown the floor plan and quicker than you can have a servant whip up hongshao paigu, a contract has been sent across and you are ready to transfer the $10 million.

One lady who may be at the other end of your property WeChat message-storm is Monika Tu, self-described property concierge and founder of Black Diamondz, a firm that deals exclusively in the sale of mind-numbingly expensive houses in Sydney and Melbourne to Chinese buyers.

I meet her last week as she's standing in front of the bright lights before a television interview. My eyeballs nearly fall out of my head as her creative director drapes what must be a hundred thousand dollars' worth of diamonds around her throat.

"Do you have a $45 million property you need sold?" she asks me, as she gears up to explain the differences between Australian culture and Chinese culture to an audience of businesspeople, almost salivating at the opportunity to sell to more than one billion people.

I'm not quick enough to slyly offer my Woolloomooloo sharehouse as stock, but it does dawn on me what an absurd problem it is to have too much millionaire demand and not enough millionaire houses.

It's also absurd to think a schmuck like me might have even been inside a $45 million house, but I realise Ms Tu is just being cute.

"Social media is the ultimate tool if you want to tap into the Chinese market," she says briskly to camera. "I'm on them all, Facebook, Instagram and LinkedIn, but the truth is I can close a deal in three days on WeChat. I just closed a $10 million house in Vaucluse last week."

The extent of Ms Tu's property sales are astonishing enough, but then so is almost anything scalable when it comes to China.

Some 800 million people in China use WeChat, the social media platform that not only offers the usual multimedia bits and pieces but also a payments service enabling users to pay and be paid without leaving the app.

Ms Tu and her team have set up shop on WeChat and are offering the creme de la creme of Australian mansions for sale.

WeChat is catching on in Australia and after a few days messing around on it, I can see why. The payments function is brilliant, especially for a trigger-happy shopper like myself.

It has also solved the mystery of why I see hundreds of people walking around the city, holding their phones flat and speaking into the bottom like a walkie talkie and then bringing them up to their ear to listen.

The "live chat" functionality allows you to leave snippets of conversations for your friends. I'm still not exactly sure how that is easier to use than a phone call, but there's something about the idea that 800 million people can't be wrong.