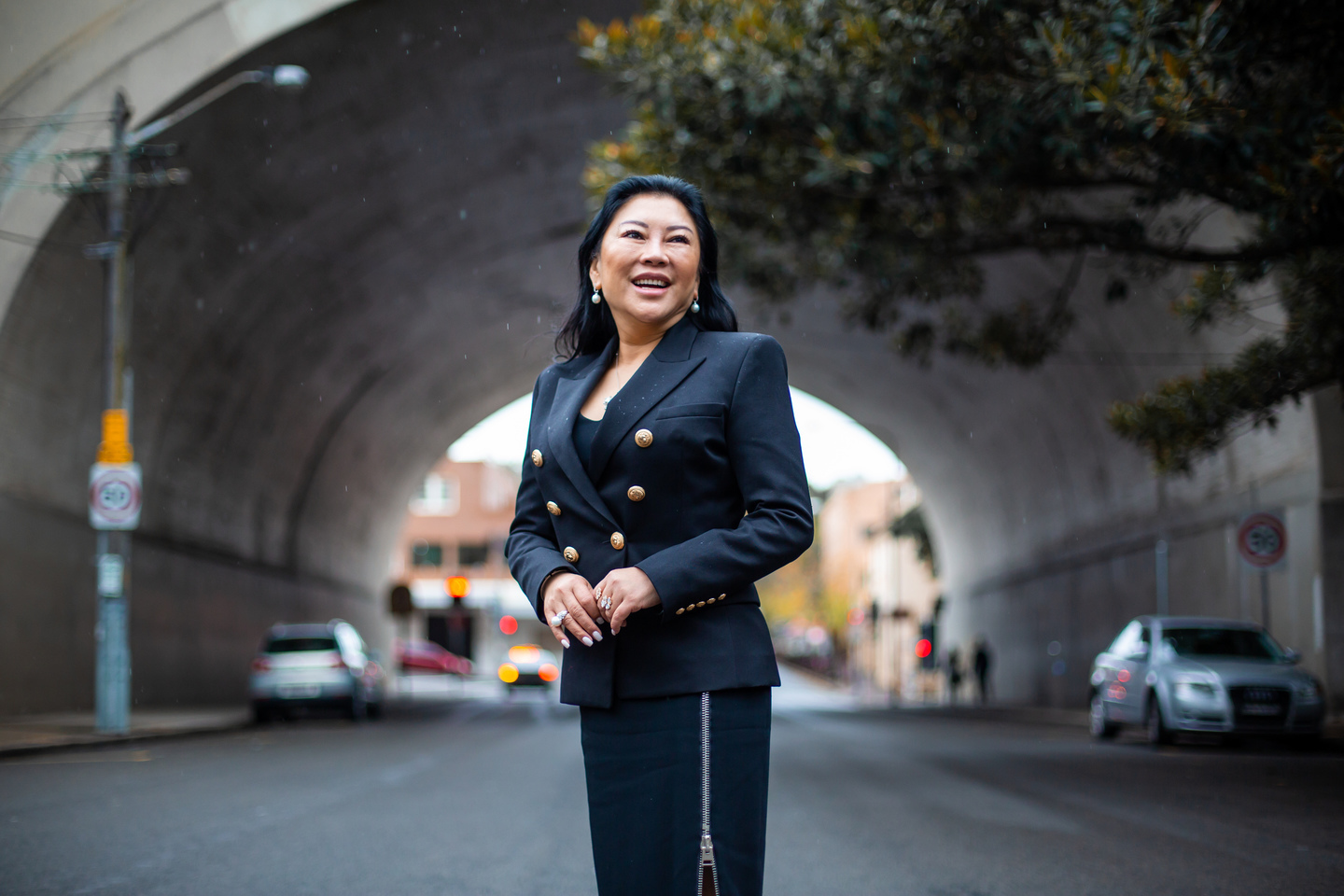 I am the Founder and Director of Black Diamondz Group. I established the company in 2009 after seeing a gap for a service surrounding the emerging wealthy Chinese market. We specialise in high-end, luxury residential property sales, investment strategies and business solutions for Asian, European and Middle East buyers. We educate the local market on buying trends to support our vendors in achieving the highest return on properties. BD Group also provides clients with marketing and PR services, bespoke luxury experiences, exclusive events and networking opportunities and recruitment.

I came to Melbourne from Shenzhen in 1988. Australia was a different place back then. I couldn’t speak English, and the Chinese community was small. The majority were poor, working students and hardworking migrant families. I had to start from nothing - learning English and finding a job, becoming used to a new culture and environment. As a woman and a migrant, it was challenging and from time to time, I did wonder if I’d made the right decision. However, I’m a firm believer that success doesn’t come easy - if something doesn’t scare you a little, it’s probably not worth doing.

I chose Australia purely out of coincidence. Some friends had moved here, they described a lifestyle that seemed extremely different from the crowded world I was experiencing in China, and they asked me to join them. I was an only child, so I left my parents behind and a well-paid government job as a translator in the Department of Foreign Trade in China.

In truth, I’ve always been a risk taker looking for a new direction and adventures in which to grow and progress - the thought of moving to Australia excited more than it terrified me.

Once I arrived in Melbourne, I studied a language. After a year, I received a scholarship from RMIT for further studies in International Trade. In the meantime, I worked hard to make ends meet in a busy restaurant and then moved on to selling cosmetics. After graduation, I moved to Sydney and worked in a small computer shop. I sold small consumer electronics, recordable floppy disks and CDs at markets on the weekend. I had little knowledge about this industry. Over time, I extended my customer and product base. That small store grew into an international company called Laser Corporation - stocked nationally by all the big retailers. We also have offices in New Zealand, Hong Kong and China. After working in the business for more than 15 years, I felt it was time to step aside and formed a team around me to take it to the next level.

I’ve been fortunate enough to have travelled around the world and have the privilege of choosing wherever I want to live. I would never choose to live anywhere else. To me, Australia is the land of opportunities. I would not have been able to accomplish all I have if it were not for the fair, supportive, business-minded community in Australia. That chance I took all those years ago has paid off.