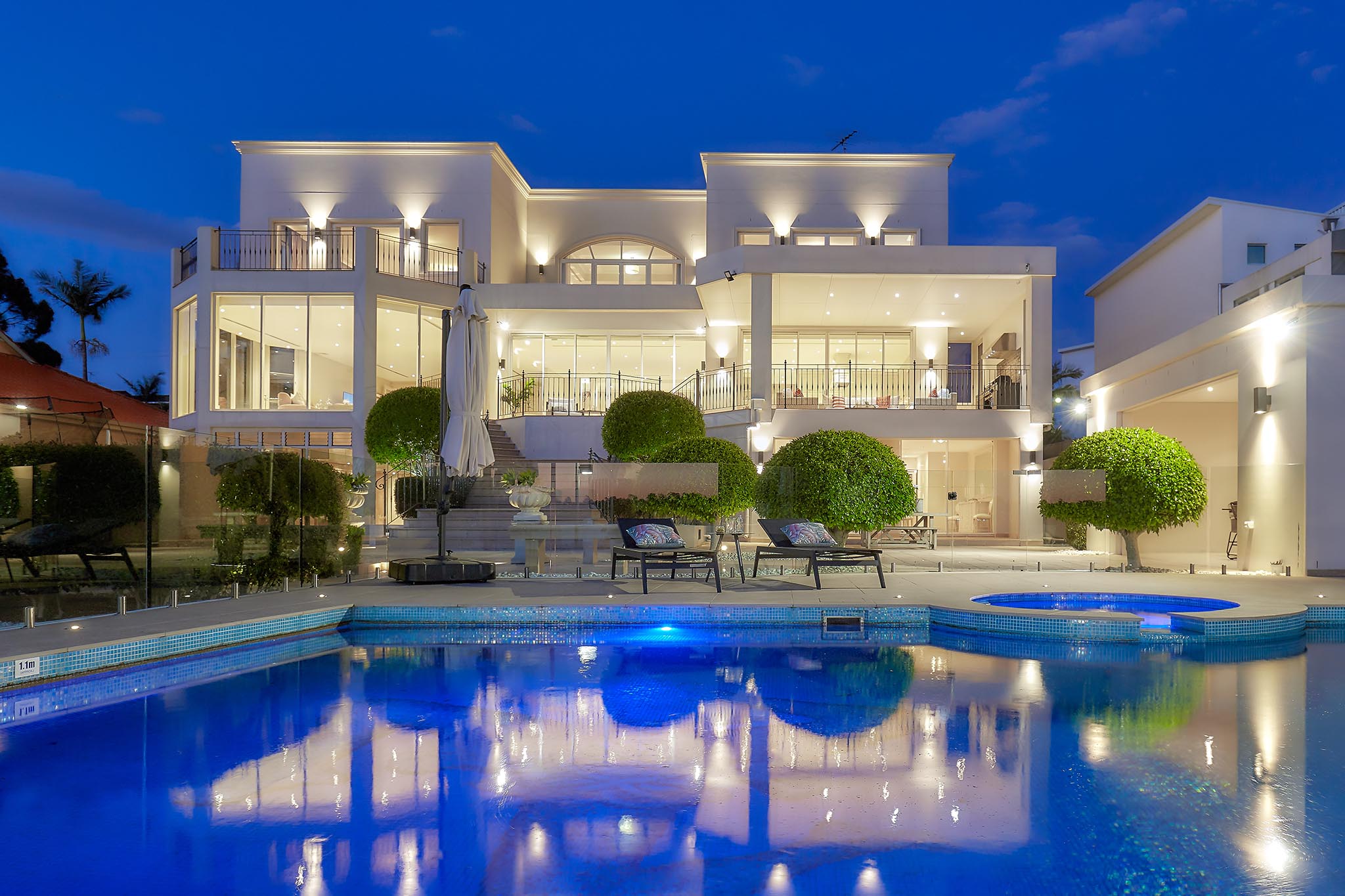 A six-bedroom waterfront mansion complete with tennis court, choice of indoor and outdoor pools, private slipway and jetty, as well as garaging for 15 cars has sold for around $11 million, smashing the previous suburb record.

The previous suburb record, according to data from realestate.com.au, was for the 2015 sale of a five-bedroom home in nearby Stuart St for $6,250,000.

The home, on 3,598 sqm, is on one of the largest blocks in the suburb and took four months to sell, according to Black Diamondz agent Monika Tu, who added she was told the maximum she would get for the property would be $8 million.

She said the new owners, originally from Sydney’s western suburbs, are serious car enthusiasts and fell in love with the garage and car spaces available on the property.

“The new buyers are a young couple in the car industry with three kids and they are all into expensive cars,” she said.

“Originally it was to be sold as part of an auction campaign but two international buyers couldn’t make it in person and that made the campaign pretty long.

“Selling something over $10 million can be a real exercise as typically you start looking at choices around Hunters Hill, the eastern suburbs or even Gladesville.

“This has to be one of the most successful campaigns we have done as we have had something like 12,000 views of the listing on LinkedIn alone.”

The main bedroom is 20 metres long and features a dressing room.

Marble flooring runs throughout the home and bathrooms and the home has, among other inclusions, a C-bus home automation package as well as a full security system.